Artists and those interested in art frequently discuss whether or not there is, or needs to be, any “meaning” in art. In other words, whether or not an object has to have “meaning” in order to be considered art. I propose that, in order to be a work of art, an object does not have to communicate a meaning to the viewer, but it does have to have had a deeply felt reason for being created at the time it was created. That is what gives a work of art its soul.

The passion of creation is what makes “Art”.

Here is a picture of my painting, “I Wonder”, and this is why I painted it:

This painting was inspired by my long-standing fascination with the concept of fate, free will, and destiny. For thousands of years philosophers and scientists have wondered if the course our life takes is the product of our free will and the choices and decisions we make, or if the path we are to follow is the inevitable result of fate and destiny.

You would think that the modern scientific point of view would be that there is no such thing as fate, and we live the lives we create by our behavior and choices. However, recent genetic research seems to indicate that at least some major aspects of our lives are determined at conception. On an even more bizarre note, physicists now theorize there a multiple alternate parallel universes, and a new alternate universe is created every time a choice is made. They theorize that the universe “branches off”, when each choice is made, with one universe proceeding in the direction of the choice and the other universe proceeding in the direction that would have been taken if a different choice was made. They claim the universe keeps branching like this on into infinity, and each universe proceeds without knowledge of or interaction with the others.

Back to the topic at hand, it fascinates me that decisions that seem inconsequential at the time they are made may end up having a major impact on our life. My interest in this topic started over 35 years ago with a tragedy. I investigated a traffic crash in which three people lost their lives. The crash occurred at an uncontrolled rural intersection (there were no STOP/YIELD signs). The crash took place in late summer, when the standing corn blocked visibility in all directions. From speaking with one of the surviving drivers, I learned it was only by chance that he had driven into this particular intersection on that day. He and his family were on the way home – from work for the adults and from daycare for the children – this was a trip that they made five days a week. There were several different routes he would take to get home, and one of the things that determined which route he chose was whether a particular traffic light along his path was red or green. If the light were red, he would turn, taking one route, and if it were green, he would continue ahead on different route. On this day, the light was green so he took the route that ultimately placed him in an uncontrolled intersection at the exact moment that a truck was entering the same intersection from another direction.

Over the years, I have investigated many accidents such as this, some resulting in fatalities, some causing terrible injuries, and some where there were no major consequences. Each time I wonder about the long chain of events, and the multitude of seemingly meaningless decisions on the part of both drivers, that ultimately cause them simultaneously to enter an intersection in the middle of nowhere. Think about all of the variables along the way, anything that either driver would have done that would have caused them to start their trip a second sooner or a second later would have resulted in a near miss rather than a crash. Crashes like these require the confluence of so many elements of time, space, and human behavior… if only one were changed there would be no crash.

So I am haunted. What if the path we take cannot be changed, what if our choices do not matter, what if it is all destiny and our story has already been written? Or, what if our lives actually are the product of our behavior and choices, how would things be different if different choices were made, even the smallest ones?

My name is James Golaszewski. I am an artist.

I have always been an artist, I will always be an artist.

I believe that art does not come from the artist, it passes through the artist. To that extent, an artist is a type of spiritual medium. Being an artist is not about talent, it is about having the need to communicate in a creative fashion. Those that have this need (obsession?) are tasked by the universe with learning, developing, and perfecting the skills needed to fulfill their destiny. To not do so is an affront to the universe, and a waste of a blessing.

I am starting this blog to create a home for this conversation.

Over time, I have always painted. In order to keep things authentic, I use the visual vocabulary that surrounds my Central Illinois home to create surreal visual meditations on life. This can be a problem. Artists have been painting landscapes for thousands of years, and an artist working in the landscape genre has to overcome the viewers initial “I’ve seen that before” reaction. This is not easy. To accomplish this I use bold textures and creative compositions to create a distinctive style of realism. My paintings are inspired by discoveries and realizations about life, nature, and humanity.

Over the course of my life, in addition to being an artist I also spent 35 years as a Patrol Deputy with the Champaign County Sheriff’s Office. My unique insight is born from the juxtaposition and intermingling of these disparate career paths – artist and Deputy Sheriff.

Since I am just starting out, there is not much here right now.  But, as we used to say…  stay tuned.

Jim Golaszewski is an internationally collected artist who brings a unique perception to the traditional landscape genre. Golaszewski uses bold textures and vaguely surreal compositions to create his distinctive style of realism. To express his vision, Golaszewski has created a sculptural painting style that cannot be found anywhere else.

Golaszewski’s paintings are inspired by his discoveries and realizations about life, nature, and humanity. His unique insight is born from the juxtaposition and intermingling of his two disparate career paths – artist and Deputy Sheriff. As an artist, Jim Golaszewski studies how things appear on the surface. As a Deputy Sheriff, Golaszewski is a student of human nature. A thoughtful essay discussing the artist’s inspiration accompanies each painting.

More from the studio… 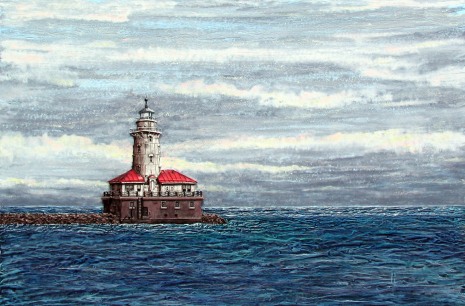 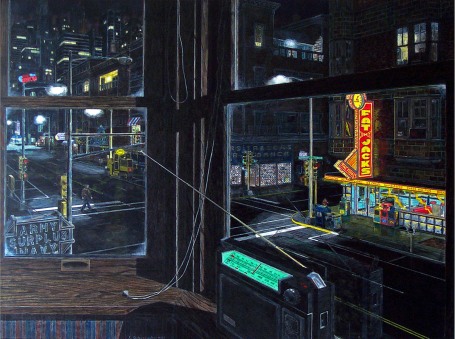 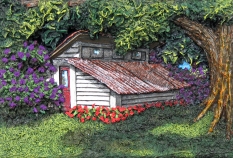 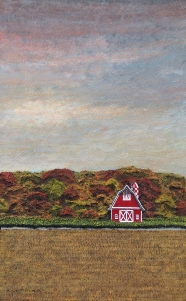 Copyright © James Golaszewski, ALL RIGHTS RESERVED. The text and images on this site contains material protected under International and Federal Copyright Laws and Treaties. Any unauthorized reprint or use of this material is prohibited. No part of these posts may be reproduced or transmitted in any form or by any means, electronic or mechanical, including photocopying, recording, or by any information storage and retrieval system without express written permission from the artist/author.